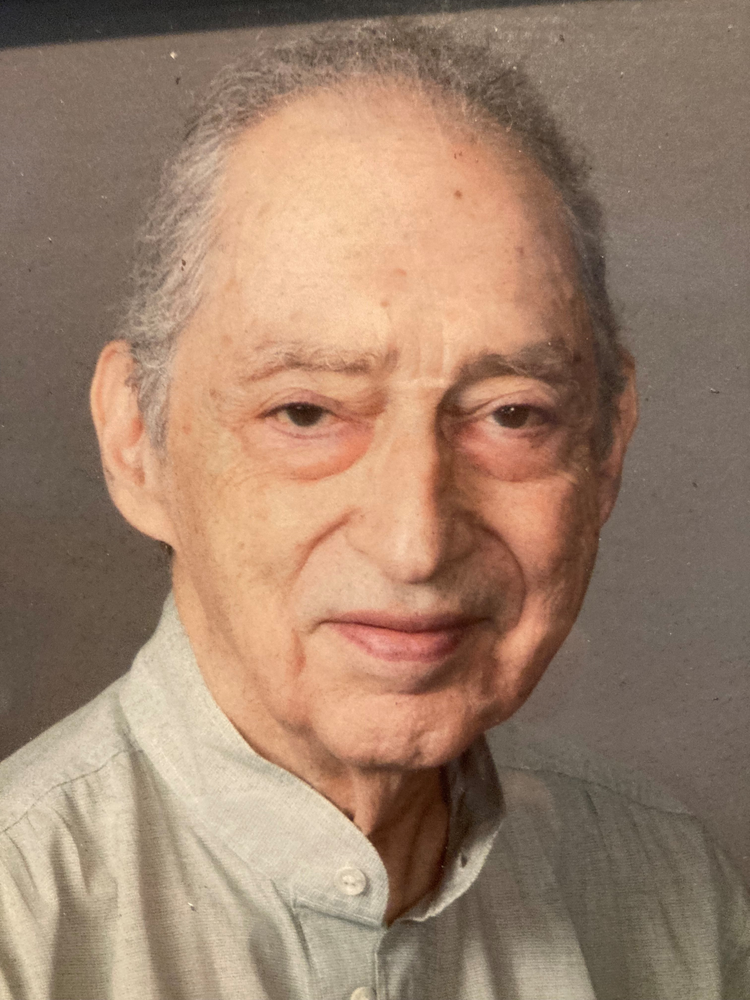 Lawrence J. “Larry” Milbauer, 96 of Mountain Lakes, NJ died on Sunday, May 22, 2022 from a severe infection incurred in the aftermath of a broken hip sustained in late April. Prior to his injury, he had continued to lead an active life.

Larry was born in New York City in 1926, the son of Henry and Elizabeth (Delaney) Milbauer. After briefly living in Baltimore, MD as a young boy, he spent most of his youth in Bayside (Queens), NY where he graduated from Bayside High School in 1943. He received a B.A. from Queens College in 1947, after majoring in Psychology.

Larry began his professional life in advertising as a copy writer. But he spent most of his career as a buyer with Montgomery Ward & Co. His job enabled him to travel to many parts of the world.

The main focus of his life, though, was family and friends. His family meant more to him than anything. Larry married the love of his life, Mary Sullivan, in 1951, and together they had 3 sons, Paul, John and James. The young family lived in Queens Village, NY, Hicksville, NY and Glen Ellyn, IL before moving to Mountain Lakes, NJ in 1964, where Larry has lived the nearly 58 years since.

He had many diverse interests and activities. He was an excellent artist, painter and student of fine art and, for nearly 20 years, was a member of the Art Workshop in Boonton. Larry was a parishioner of St. Catherine of Siena Catholic Church in Mountain Lakes, including a stint on the Parish Council. For years, he was a regular participant in the town’s badminton club, including service as the club’s President. Larry was an active member of the Lakeland Hills Y, including weekly yoga sessions, well into his 90s. He was part of a Tuesday night supper group for more than a decade. Until the Covid pandemic, he was a lunchtime regular at Sergio’s in Denville and a dinnertime regular at the Reservoir Tavern.

The activity with which Larry was probably most associated was his daily walks at Birchwood Lake in Mountain Lakes. Weather permitting, he was there most mornings, walking around the lake with close friends, all of them a generation younger. Larry’s friendships spanned the generations, as he was fun to be with. He was bright, charming, and kind. Larry was renowned for his quick-witted sense of humor: he was fun loving, sometimes mischievous, with a keen appreciation for the absurd. His son Paul dubbed him the “master of quips.” Larry loved life. One of his most frequent sayings was “It’s good to be alive.” He’d tell you that if you were to complain about something trivial like the weather. He brought joy and happiness to the lives of his family, his friends, his acquaintances and even to total strangers who were charmed by his warm and witty personality.

Larry’s beloved wife, Mary, died in 2003. He is survived by his beloved sons, Paul, John and James (Jean). HIs family loves him dearly, more than words can ever express, and will miss him terribly, sustained by the hope that they will be reunited with him someday.

Visitation will be Tuesday, May 31st from 4:00 to 7:00pm at Codey & Mackey Funeral Home of Boonton. Eulogies and remembrances will begin at 6:00pm. A Mass of Christian Burial will be celebrated on Wednesday, June 1st at 11:00am in St. Catherine of Siena Church in Mountain Lakes, followed by the burial at Greenwood Cemetery. To share a condolence with the family, please visit www.codeymackeyfh.com.

Share Your Memory of
Lawrence
Upload Your Memory View All Memories
Be the first to upload a memory!
Share A Memory
Send Flowers
Plant a Tree