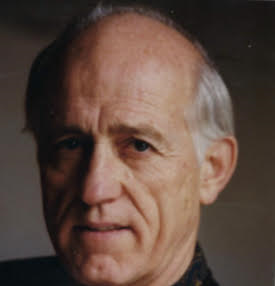 Please share a memory of Howard to include in a keepsake book for family and friends.
View Tribute Book

Howie was born in Plainfield, NJ in September 1937 to Ed and Anne Storer. Following high school, Howie joined the U.S. Army and was stationed in Europe. Upon his discharge he attended and graduated from Fairleigh Dickinson University, while establishing his business, Storer Construction. He married the late Sue Downs, and they became the proud parents of sons Howard Charles, Jr. and H. Clay Storer.

Howie enjoyed photography, travelling and genealogy. He was a devoted father and an honest, hardworking businessman, continuing to work into his eighties with his son and partner, Howard Charles, Jr. Howie loved his three granddaughters, Ellie, Annika and Laurel. He is survived by his second wife, Lee; and two brothers, Eddie and Ricky.

Visitation will be Wednesday, October 26th from 4:00 to 7:00pm at Codey & Mackey Funeral Home, Boonton. The funeral service will be held Thursday, October 27th at 10:00am in St. Peter’s Episcopal Church, Mountain Lakes. Interment will be private.

Share Your Memory of
Howard
Upload Your Memory View All Memories
Be the first to upload a memory!
Share A Memory
Send Flowers
Plant a Tree