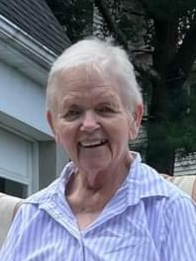 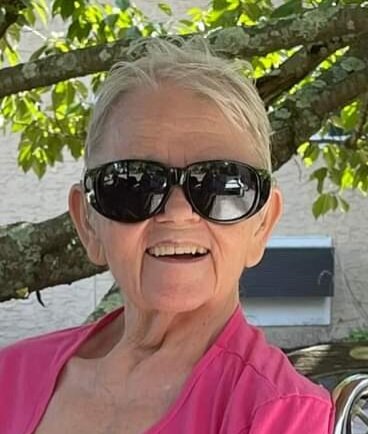 Please share a memory of Emma to include in a keepsake book for family and friends.
View Tribute Book

Emma Jane Klingener (Hilton) passed away peacefully at the age of 80, on Sunday, October 16, 2022, with her family by her side.

Emma was born in August 1942 in Fairfield, Connecticut, to Kathryn (nee Wagner) and Ernest B. Hilton. She spent her childhood growing up on the family farm until 16 when she moved to Flanders, New Jersey to live with her Aunt Helen and Uncle George. Aunt Helen would take the family to the Dover Lanes for bowling and that is where she met her husband, Carl Klingener. Emma and Carl moved to Boonton in 1959, starting their family. In 1964 they moved the family to a farm in Boonton Township where they raised five children. Emma and Carl instilled a passion for animals in their children that would last for years to come. She could frequently be found collecting eggs and selling them at the streetside cooler.

Emma worked as a Nurse’s Aide at Riverside Hospital for many years until transitioning to Executive Secretary to the Director of Nursing. When the hospital closed, Emma worked at Unimast Corp. in Boonton and then retired from BASF in Mount Olive. In her retirement she worked as a Secretary for the Rockaway Valley United Methodist Church. Emma loved her church and church family very much. She also loved living in Boonton Township where she had been a 50+ year member of the Boonton Township Fire Department Ladies Auxiliary, a Cub Scout leader, and Girl Scout leader. Emma enjoyed lunches at the Plaza Diner with her friends and family.

During her final month on earth, Emma maintained her sense of humor and was elated to return home to her dogs Angel, Toby and Triger. Emma truly was the glue that held the family together. Whether it be with large family gatherings during holidays, or just impromptu pool parties during the summer. She will be missed by her children, grandchildren, and extended family friends.

Emma was predeceased by her mother, Kathryn and father, Ernest; her brother, Alfred; her mother in-law and father-in-law, Vickie and Carl; her Aunt Helen and Uncle George; Aunt Betty and Uncle Alfred; and her children’s father, Carl.

The family would like to thank all those who have supported them during this difficult time, including the staff at Morristown Medical Center Medical ICU; James Hodgins and Boonton Kiwanis First Aid Squad for bringing her home; Hospice of New Jersey and Veronica, her aide, who was so sweet and kind. The Boonton Township Fire Department, Boonton Township Police Department, Morris County Sheriff’s Office, Paster Dawn at Rockaway Valley UMC and the many friends who participated in Mom’s drive by and honk. She watched from her bed and was truly touched by the kindness of her Boonton Township family. She would go on to watch the video many times over.

Mom was truly blessed to have such supportive children and grandchildren, who all pitched in to make her time at home as peaceful as possible.

In lieu of flowers, donations in Emma’s memory can be made to Rockaway Valley United Methodist Church, 42 Valley Road, Boonton Township, NJ 07005.

Share Your Memory of
Emma
Upload Your Memory View All Memories
Be the first to upload a memory!
Share A Memory
Send Flowers
Plant a Tree