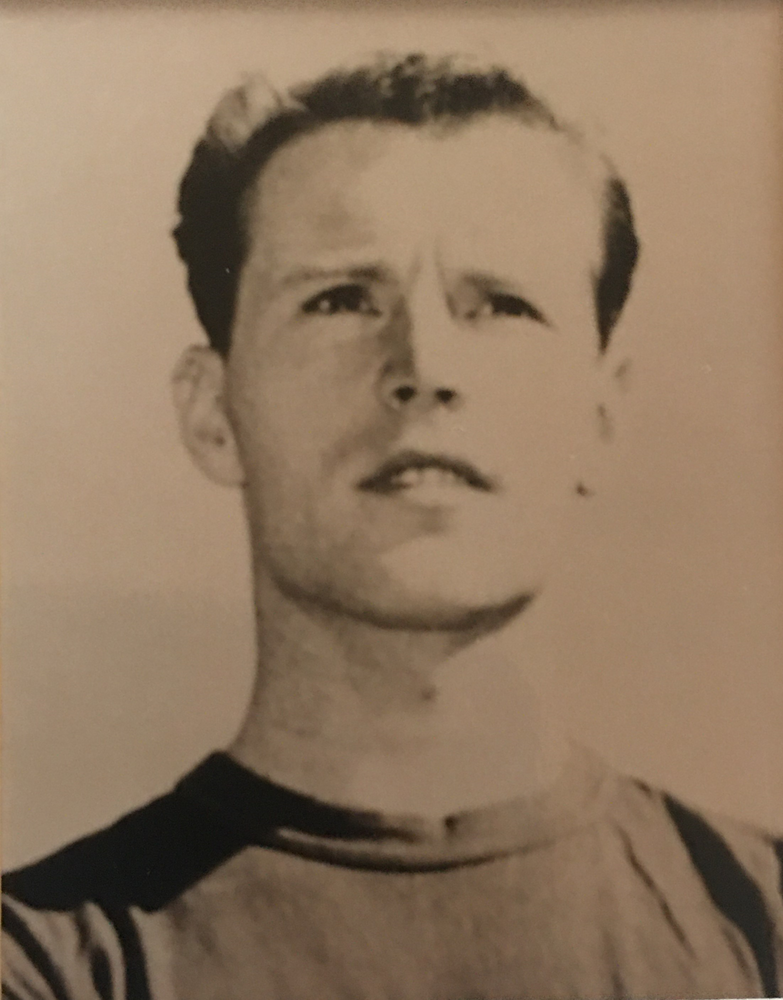 Lawrence Hurrel, age 88 of Bluffton, SC, passed away on the morning of December 14th, 2021, at his daughter’s home in Mountain Lakes under the care of his family and the wonderful staff of Fellowship Hospice.

Born in a railway man’s cottage in the highlands of Scotland, Lawrence grew up in the cities of Inverness and Glasgow. A lifelong athlete, he was signed by Leicester City F.C. in the English Football League, but this start to his professional soccer career was interrupted when he was drafted into the army at age 19. Lawrence served with the British Commonwealth contingent of the United Nations forces in Korea, and after the Armistice finished his service tour stationed in Japan through 1955.

In 1956, he met Christina McPhee, a young lady from Glasgow, at a community dance, and the two were engaged not long after. Within a year they emigrated to the United States and were married in Linden, New Jersey. The couple spent the next thirty years working and raising a family in northeast New Jersey. Lawrence, who in his own words didn’t much like working for anyone else, soon opened his own upholstery, carpet, and drapery shops, first in Bloomfield then in Madison and Caldwell.

He resumed his soccer career in the US, playing for nearly twenty years with pro and semi-pro teams all over the tristate area.  A highlight of his career was captaining the Kearny Scots-Americans against the Glasgow Celtic during the celebrated Scottish team’s world tour in 1966. Lawrence, along with many other immigrants of his generation, was instrumental in popularizing soccer in the United States in the 1960s and 1970s, creating youth leagues in Essex, Passaic, and Hudson counties at a time when few towns had recreational soccer programs. His love of sports also extended to tennis and racquetball, and he was a constant fixture for years at Yogi Berra’s Racquetball Club in Fairfield.

In 1987 Lawrence retired and he and his Christina moved to Sea Pines Plantation, South Carolina. These years were long, active, and joyful, and for more than two decades the couple completely renovated a succession of houses, furnishing and decorating all before moving on to the next. In his spare time Lawrence taught tennis at the Sea Pines Racquet Club, golfed, ran, and refereed youth soccer games. He also competed around the US in the annual Senior Olympics, winning several gold medals in tennis, racquetball, and various track events. In 1998 he was inducted into the New Jersey Soccer Hall of Fame.

Lawrence was preceded in death four months ago by his loving wife of 63 years, Christina Hurrel. He was also predeceased by his brothers, George and Gerald Hurrel, and his sister, Chrissy Savage, all of Glasgow, Scotland. He is survived by his daughter and son-in-law, Sharon and Michael Tietjen of Mountain Lakes, NJ; son and daughter-in-law, Brian Hurrel and Grace McGowan of Livingston, NJ; and grandchildren Haley and Reid Tietjen and Ian Hurrel.

Services were private. A Celebration of Life will be held at a future date and location for loved ones around the country to attend, after which Lawrence and Christina’s ashes will be returned to their native Scotland.

Share Your Memory of
Lawrence
Upload Your Memory View All Memories
Be the first to upload a memory!
Share A Memory
Plant a Tree