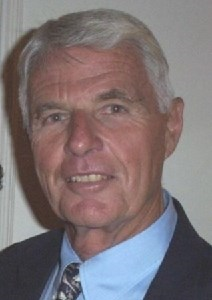 Please share a memory of Robert to include in a keepsake book for family and friends.
View Tribute Book
Robert Bach Axt Jr. Dedicated family man; mechanical engineer, Army veteran, 87 Robert Bach Axt, Jr., of Boonton Township, passed away on Thursday, August 5, 2021, at Morristown Medical Center surrounded by his family. He was 87 years old. He was born in Bloomfield, NJ, moved to Sanford, FL, to spend his childhood years before moving back to Bloomfield as a teenager. Robert served in the United States Army and served in the Korean War. He was a Mechanical Engineer in several capacities. Bob was an avid golfer and had a true love for West Gilgo Beach, LI, where his family owns a beach house. He loved sailing, fishing and spending time with his family on the beach. More than anything, he was a dedicated family man and a faithful disciple of the Lord. He will be most remembered for his love and faithfulness to his wife, Kaliope, and dedication and love towards his three children and eight grandchildren. Survivors include his beloved wife of 63 years, Kaliope; his three children: Katherine and her husband Tod; his son, Robert; and his daughter, Andrea. Robert is also survived by his cherished grandchildren, Alexandra and Tod Matchett, Sophia, Kevin and Anna O'Connor and Christina, Robert and Andrew Axt. Family and friends are invited to attend a funeral service for Robert at The Chapel, 264 Jacksonville Rd., Lincoln Park, on Monday at 10 AM. Burial will follow at Rockaway Valley Cemetery. Arrangements are entrusted to the Codey & Mackey Funeral Home in Boonton.
Monday
16
August