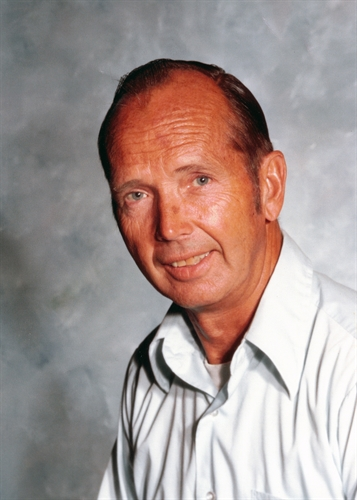 Donald was born on May 27th 1930 in Atlantic City, NJ to Marvin and Marion Waters Fox.

Donald grew up just minutes away from the excitement and thrills of the Atlantic City boardwalk during the 1930s and 1940s.  He often talked about the Steel Pier, High Diving Horse, and building sand bunkers under the boardwalk with his friends, preparing for battle if the German’s invaded during World War II.

Donald was very athletic and loved to “show off.”  Years later, while visiting Atlantic City with his wife and children, Donald would run down the beach full speed, with hundreds of people watching, and slide on his belly 50+ feet on just two inches of water from a receding wave. He would then shake the sand out of his swim trunks for everyone to see.

Donald attended Atlantic City High School.  Soon after graduation, he volunteered for the U.S. Army and became a Sergeant during the Korean War.  Donald was stationed in Tokyo, Japan and worked for the Army Map Service as a cartographer.  While in the service, Donald enjoyed playing basketball, football, and fastpitch softball with the other troops and competing at the highest levels.

After the war, Donald used the G.I. Bill to attend the Philadelphia College of Art and the University of Pennsylvania, where he graduated with a Master of Science in Education in 1960. Donald followed the footsteps of his mother who was also a very successful educator.

While attending college, Donald met his “princess,” Constance Rzepski Fox, and they married on May 2, 1959 in Philadelphia, PA.  Soon after, they moved to NJ, where Donald became a teacher in Parsippany, and later Mountain Lakes High School, where he taught Art Education and Mechanical Drawing for many years until his retirement in the 1990s. Donald was well-respected as a teacher, and, very loved by the students and faculty.

Shortly after moving to NJ, Donald and Constance purchased a small log cabin on a wooded property in Rockaway Township, NJ.  Together, they developed the land and built a contemporary home, where they both lived for the rest of their lives.  Donald loved working on the property.

Donald was an avid golfer and airplane enthusiast, a loyal friend and mentor to many.  His sense of humor lit up the room and his zest for life was insatiable. He loved telling stories and spending time with family and friends.  Donald truly made it a point to use every second of every day to the fullest.  He often said that he had a really great life.

Donald is preceded in death by his wife, Constance Rzepski Fox, who passed away on May 21st 2018 at 82 years old. He is also predeceased by his parents, Marvin and Marion Waters Fox; his uncles Harold and Norman Fox; and his aunt Lola Fox.

There will be a memorial service for family members at his beloved home in Rockaway Township.  A celebration of life will be arranged in the near future.  Online condolences can be written via the Codey and Mackey Funeral Home Tribute Wall.

Share Your Memory of
Donald
Upload Your Memory View All Memories
Be the first to upload a memory!
Share A Memory
Plant a Tree