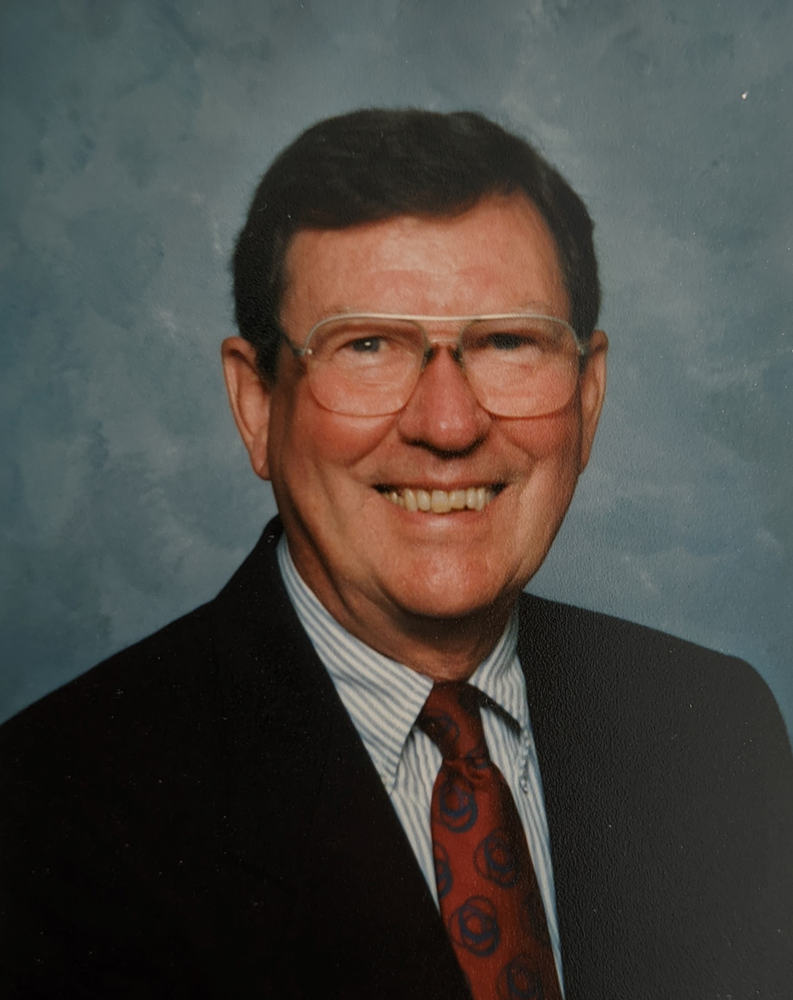 James P. Frawley died peacefully, surrounded by his loved ones on Tuesday, June 8th.  He was 91 years old.  Born and raised in Easton PA, he graduated from East Stroudsburg University in 1952. There he was captain of the Varsity Basketball team; Co-editor of the yearbook; President of the Future Teachers of America; Vice-President of his Freshman, Sophomore and Junior classes; member of the National Geography Fraternity and Varsity S club. He was included in the 1952 edition of WHO'S WHO AMONG STUDENTS IN AMERICAN COLLEGES AND UNIVERSITIES.

After college he attended Officer Candidate School in Newport R.I. and was commissioned as Ensign.  In 1953 he married his high school sweetheart Barbara Waska. He served on the Minesweeper Aggressive out of Charleston SC and then as Officer-in-Charge of the Message Center at the NATO base in Naples, Italy. While stationed abroad, he developed a life-long passion to travel.

After fulfilling his military service commitment, they moved to Philadelphia, PA.  In 1958 Jim received his MBA from the Wharton School at the University of Pennsylvania.  Assignments with Continental Can Co. took them and their family to Paterson NJ, Winter Haven FL, Tampa, Florida and New York City where he served in Industrial Relations Positions.  After moving to Boonton Twp., NJ in 1966, he joined Interpace Corporation where his last position was Corporate VP, Director Human Resources Administration.  After early retirement he served as labor arbitrator. Jim then joined the faculty of the Stillman School of Business at Seton Hall University where he was Executive-in-Residence and Assistant Professor for seven years. There he taught Business Ethics and the capstone course for graduating seniors. Jim was a big fan of Seton Hall University basketball and Penn State football.

Jim was a communicant for 55 years at St Catherine of Siena Church in Mountain Lakes, NJ.

In addition to serving his country as a naval officer, Jim also served his state and community.  He was a corporate consultant to Gov. Tom Kean's Management Improvement Program, Member of the Jet Noise Coalition NJCAAN, Co-chair with his wife of the Boonton Twp, Mt Lakes, Montville Area United Way, and a member of the Boonton Township Governing Committee.

Most of all, Jim served his family with all his heart and all of his love.  He is survived by his wife and best friend, Barbara; his daughters, Weslee Frawley Lynch of Califon NJ, and Mary Frawley Madara of Bethlehem Twp, PA; his son, James Joseph Frawley of Stroudsburg PA; five grandchildren and one great grandchild.

Visitation will be held on Friday, June 11 from 9:30 to 10:30AM at Codey & Mackey Funeral Home of Boonton. A funeral Mass will be held at St. Catherine of Siena Church in Mountain Lakes, NJ at 11:00AM. The burial will take place at 1:30PM at Northampton Memorial Shrine, 3051 Green Pond Rd, Palmer Twp, PA.

Share Your Memory of
James
Upload Your Memory View All Memories
Be the first to upload a memory!
Share A Memory
Send Flowers