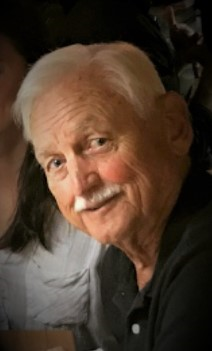 Please share a memory of William to include in a keepsake book for family and friends.
View Tribute Book
William H. Beiermeister of Boonton, NJ peacefully passed on April 2nd, 2021 in Ft. Myers, FL with his wife and daughter beside him. He was 84 years old. Born in 1936, Bill was the fifth of nine children born to Albert and Ora (McCain) Beiermeister. Bill proudly served in the U.S. Army occupying Germany during the Korean Conflict. Following his service, he was a co-owner of Fredon Farms in Fredon, NJ and was later employed by Hanover Floral. Bill was a member of the Boonton Fire Department for 57 years in the Maxfield Hose and Engine Co. No. 1. He served as Lieutenant, Secretary, Relief Association Representative and Labor Day Chairman for his company as well as Honorary Grand Marshal of the Labor Day parade in 2012. He was also a lifetime member of the American Legion as well as a member of the S.G.U. Sokol Lodge 32 of Boonton. He is survived by his loving wife Marylou (Wynn) of 41 years, their beloved daughter Bethann of NY as well as his two sons, William and Robert of Boonton. Bill was loved by his large extended family and their families as well as many friends. Bill was warmhearted and good natured and made friends easily wherever he went; assigning loving nicknames to all. He prided himself in making homemade wine, tomato sauce and hot peppers. In his younger days, he was an avid hunter and fisherman. He will be greatly missed by all who were lucky to have known him. A memorial visitation will be held on Saturday, April 17, 2021 from 2 – 4:30 pm followed by the Boonton Fire Department Service and Military Honors at Codey & Mackey Funeral Home, 107 Essex Avenue, Boonton. To share a condolence with the family, visit www.codeymackeyfh.com. In lieu of flowers, donations are welcomed in Bill's name to either the Boonton Fire Department or the Kiwanis Boonton First Aid Squad (PO Box 16, Boonton, NJ 07005).
Saturday
17
April