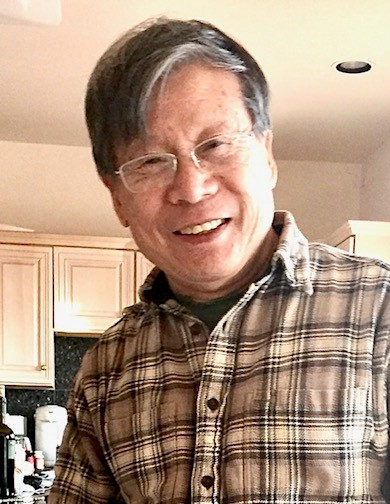 Please share a memory of Ching to include in a keepsake book for family and friends.
View Tribute Book

Dr. Ching Hsiung Yang, 78, of Montville, NJ passed away unexpectedly on Friday, April 2, 2021. Born in Kaohsiung, Taiwan, he was the eldest son of 6 children to Wan Wong Chen and Bu Yang.

Ching was the first one in his family to go to university and studied agricultural chemistry at National Chung Hsing University in Taiwan. He was the first graduate from his class to come to the United States to further his education.

After completing his studies, Ching began his career at Memorial Sloan Kettering where he conducted cancer research for almost 25 years. He then consulted for Jiaxing Honglin Leather Chemical Co. Ltd. in China prior to his retirement in New Jersey.

Ching enjoyed visiting museums and loved to karaoke. He also spent much of his retirement traveling around the world with family and friends and managed to visit 5 out of 7 continents. When Ching was not traveling, he loved to garden and would often conduct ‘experiments’ to find new ways to grow his plants and vegetables. He also experimented with different ways to deter deer and other animals from attacking his garden!

Ching is survived by Shwu Huey Yang, his beloved wife of almost 50 years; his daughter Teresa Yang and her partner David DiLaura of New York, NY; and his daughter Tracee Yang of New York, NY. In addition, he leaves his sisters, Hong Lang Yang and Hong Ching Yang, both of Kaohsiung, Taiwan, as well as several nieces and nephews and many close friends.

Due to COVID-19, a private service will be held at the Codey & Mackey Funeral Home in Boonton, NJ.

In lieu of flowers, the family asks that any donations be made in Ching’s memory to either the American Heart Association or the American Cancer Society.

Share Your Memory of
Ching
Upload Your Memory View All Memories
Be the first to upload a memory!
Share A Memory
Plant a Tree