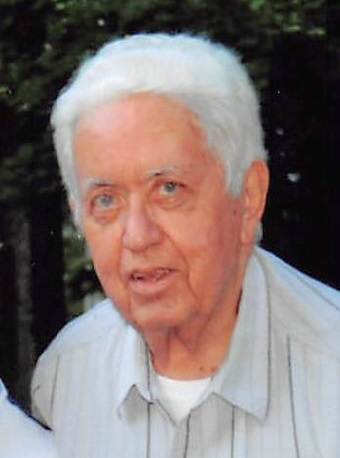 Bill passed away on April 2, 2021, after a short illness. He was born on July 26, 1933 to William and Hilda Banta. He was a lifelong resident of Boonton and graduated from Boonton High School in 1951.

Bill was employed by R.F.L. Electronics in Boonton Twp. for over 47 years. Fondly known as "Mr. Bill" he worked there as an electronics technician and supervisor. He retired in December 1998.

Bill spent two years in the military obtaining a rank of E-5 in the United States Army Signal Corps. He was stationed at Fort Monmouth, New Jersey and was assigned a nine-month tour of duty in Hawaii. While there, he was part of a specialized group that monitored and pinpointed the location of any atomic explosions worldwide. He was honorably discharged in 1958.

Bill was a very active person who had a great sense of humor. He enjoyed gardening, bowling, golfing, photography and was an avid reader. He loved to travel and toured every state but Alaska.

He was a former member of the First Reformed Church of Boonton.

Bill was predeceased by his parents and his five siblings: Marjorie Riegel, Emma Squire, Carton, Chester, and Kenneth Banta.

He is survived by his wife and "best friend", Eleanor. They were married for 46 years and have known each other since kindergarten.

Arrangements by the Codey & Mackey Funeral Home of Boonton with a walk-through visitation Tuesday, April 6th from 5-7 pm. A service will be held on Wednesday, April 7th at 11:00 am in the funeral home, followed by the interment at Greenwood Cemetery in Boonton.