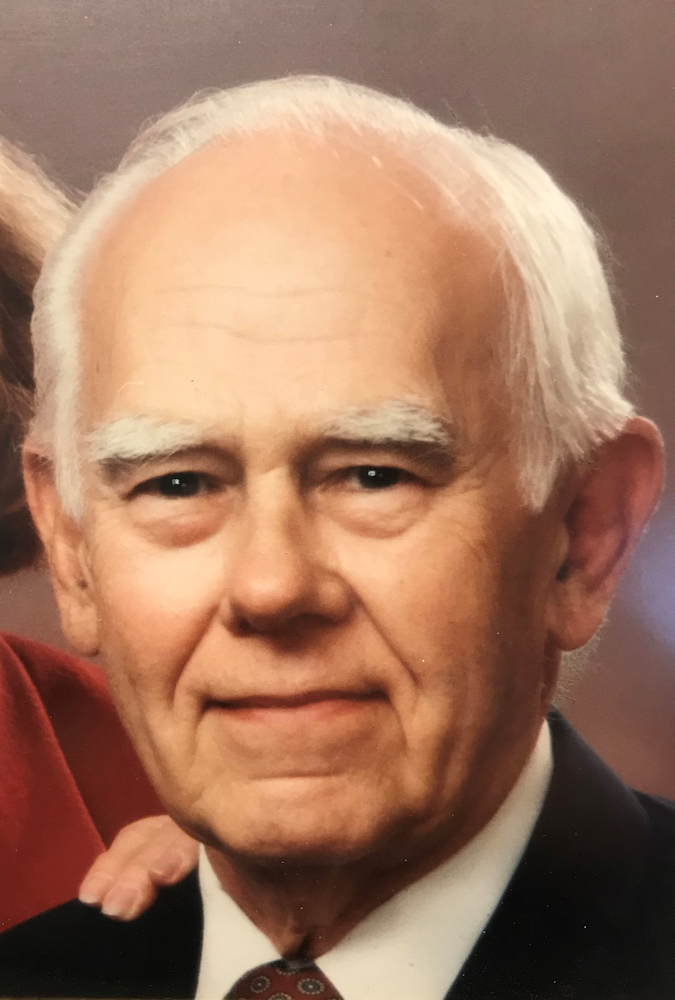 Richard “Dick” Bidlack of Boonton, NJ, passed on peacefully at home on January 14, 2021.  The son of Clarence and Vera Bidlack, he was born in Litchfield, PA, in 1925 and grew up in Pompton Plains.  In 1943, he enlisted in the US Air Army Corps and toward the end of the war became a flight officer and gunnery instructor in fighter aircraft.  In 1947, he married Janet MacGregor.  They reared two children and remained happily wed for 73 years until her passing less than three months ago.  They were devout Christians and were members of The Chapel of Lincoln Park for more than 60 years.

About a week after their wedding, Dick enrolled in the Newark College of Engineering (now NJIT).  He attained a master’s degree in electrical engineering and went to work for Bell Labs, “the idea factory,” several years after they invented the transistor.  He became a group systems supervisor and during his 32-year career received seven patents.  His most enjoyable and important work was designing electronic circuitry for the nation’s growing air-traffic control system.

Dick and Janet and their young family moved to Boonton in 1956.  Wanting to support his new community, he served for 10 years on the town’s Board of Education (chairing it for one), and four years each on the Planning Board and Zoning Board.  He also participated actively in an informal town environmental advocacy group.

Dick continued to fly airplanes for almost all of his adult life.  He flew with the Civil Air Patrol after World War II and later became a weekend flight instructor at the Morristown and then Lincoln Park Airports.  In the 1960s, he could be seen practicing aerobatics in his vintage PT-26 over the Jersey City Reservoir.  He and his family enjoyed many cross-country flights together, often to air shows and national parks, and Janet took enough lessons to learn to land an airplane.  Dick and Janet also enjoyed hiking and camping with family, friends, and their dogs.

A private graveside service will be held at the First Reformed Church of Pompton Plains Cemetery.  A memorial service will take place at a later date. In lieu of flowers, the family suggests donations to The Chapel (thechapel.org).

Share Your Memory of
Richard
Upload Your Memory View All Memories
Be the first to upload a memory!
Share A Memory
Plant a Tree