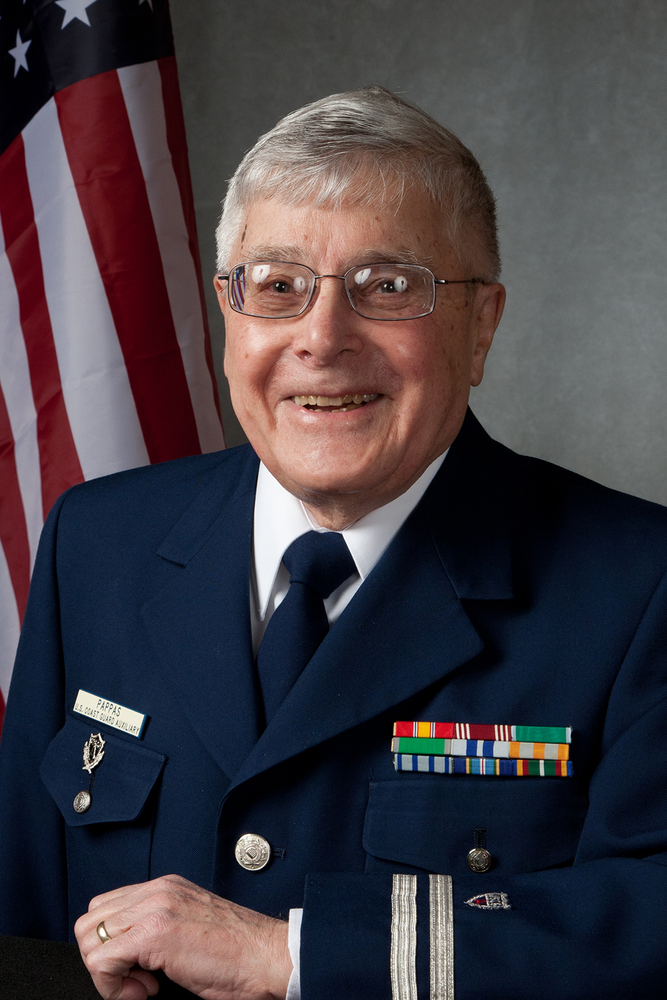 Tom was born on May 11, 1929 in Brooklyn, New York to Michael and Julia Pappas. He and his twin were among the first surviving incubator babies. Tom spent most of his childhood in Mattituck, New York and later moved to Caldwell, New Jersey.

Mr. Pappas attended Clarkson College before proudly serving in the United States Army during the Korean War. He graduated from Fairleigh Dickinson University with a degree in engineering.

At Fairleigh Dickinson, he met his future wife of 55 years, Mary Jane Catalano. Together they raised their family in Boonton Township, New Jersey.

Tom was a long-time employee of the Bell System, staying with the company until his retirement in 1989.

Tom was a very active volunteer throughout his life. He loved to be on the water and spent much time as part of the Coast Guard Auxiliary, Flotilla 10-13. He volunteered for Morris County, serving in many capacities: Human Services Advisory Committee, Committee for Aging, Disabled & Veterans, and master poll worker for the Morris County Board of Elections. For many years, Tom was also active with the Boy Scouts of America and served as District Commissioner of the Morris Sussex Council.

Mr. Pappas was a member of the American Legion James Caldwell Post # 185 in Caldwell and a Free & Accepted Mason and member of the Essex Lodge #7 F&AM of Caldwell.

Surviving are his beloved wife, Mary Jane; his daughter Joanne Anfuso and her husband Tim; his son Michael Pappas and his wife Kathy; and four adored grandchildren, Thomas, Matt, Emily, and Chris. In addition to his parents, Tom was predeceased by his twin brother, George Pappas.

Tom had a genuine interest in others, along with an infectious enthusiasm that warmed him to many. He had a humorous side and loved telling jokes. Above all, Tom had a deep love for family and friends, and was especially proud of his children and grandchildren.

Services are private in care of the Codey & Mackey Funeral Home of Boonton. Please leave a condolence for the family on this website.

Services are Private at the request of the family

Share Your Memory of
Thomas
Upload Your Memory View All Memories
Be the first to upload a memory!
Share A Memory
Plant a Tree