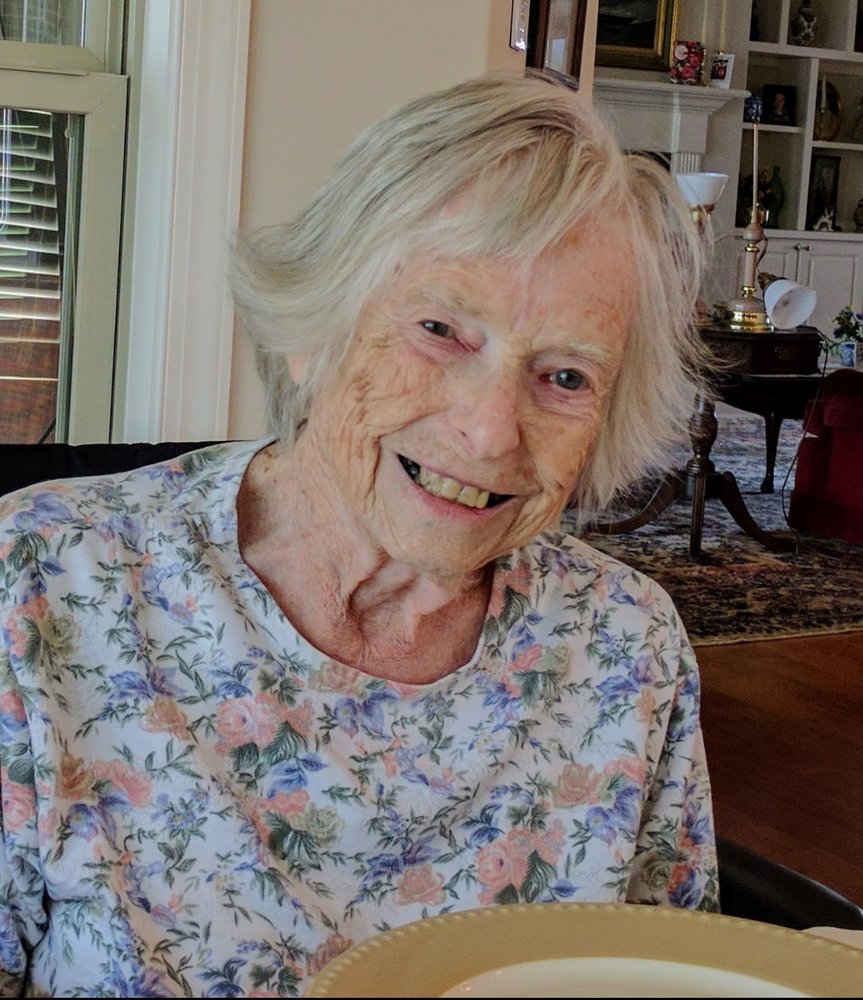 Please share a memory of Gloria to include in a keepsake book for family and friends.
View Tribute Book

Gloria Geilhufe passed away Friday, June 5, 2020. She was born on June 21,1925 in Baltimore, MD to Joseph and Magdalena Radcliffe. Gloria met her husband Herbert through a mutual friend and, after dating for three years, they married on October 31, 1944. After the conclusion of World War II, they resided in Montville, NJ with Herbert's parents. They moved to Boonton in 1949 where they raised their two daughters, Ruth and Betty.

Gloria worked as a bookkeeper at Van Raalte and enjoyed being a homemaker along with various hobbies and crafts. She was a faithful member of the First Reformed Church of Boonton where she volunteered in the Ladies Guild as secretary, organized the rummage sale twice a year and played in the hand bell choir.

Gloria stopped driving cars when her younger daughter, Betty, reached the age of 17 and got a driver’s license.  Although Gloria kept her driver’s license, she was content to let other people drive and the license was only used for identification purposes.

In 2016, Gloria moved to Leland, NC where she resided with her daughter and son-in-law. Gloria was not the stereotypical mother-in-law - she always enjoyed spending time with her son-in-laws and their families.There were many good times playing card games, charades, Pictionary, Chinese Checkers, among others.

Gloria was predeceased by Herbert in 2003, after 59 years of marriage.  She is survived by her devoted daughters, Ruth Van Bochoven and her husband, Richard,  of Leland, NC and Betty Langenkamp  and her husband, Bruce, of Wharton, NJ;   three adored grandchildren, Kevin (of Dalzell, SC), Janet (of Boonton, NJ), and Steven and his wife, Nicole, and two cherished great grandchildren, Dylan and Izaak (of Wethersfield, CT) .

A graveside service will be held at Restland Memorial Park in East Hanover, NJ on Friday, June 12, 2020 at 11:00 am with Pastor Donald Kirshner presiding.

Share Your Memory of
Gloria
Upload Your Memory View All Memories
Be the first to upload a memory!
Share A Memory
Send Flowers
Plant a Tree