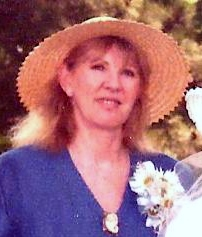 Please share a memory of Dorothy to include in a keepsake book for family and friends.
View Tribute Book

On April 29th, 2020 Dorothy (Larkin) slipped away. She was escorted by the love of God to be introduced at last to her two Grandfathers, Thomas Pierce and John Maguire, and to have tea and angel food cake with them along with her Grandmothers, Margaret Molloy Pierce and Bridget O'Brien Maguire.

Dorothy was looking forward to hearing her parents, Tootie and Jimmy singing all kinds of songs again, hugging her cousin Marie and giving flowers and candy to her husband, Bob.

Dorothy wants to thank her son, Patrick, and her daughter, Bridget, who's arrivals made her life delightful. Her heart says 'Aloha' to Patrick's family Mary Beth, his wife, and those two lovely sweethearts Cara and Cassie.

Another 'Aloha' to her two brothers, James and Kenneth and their wives Joanne and Carole. Dorothy often recalled when those two cutie pies Laura and James were born and made everyone so happy.

Dorothy liked to travel and made lifelong friends wherever she went including New York City, Ireland and Florida. She was a teacher in the New York City Public Schools and an Art teacher at the Wilson School in Mountain Lakes, NJ. Dorothy had a puppet troupe, "The Snickerdoodles" and wrote several plays and songs that were performed by them.

As "Larkin Maguire" she performed at the Irish Rebel Theater in Manhattan. Larkin received an Edward Albee Fellowship for her play, "A Great Sinner" as well as a staged reading along with a trip to Ireland from the Druid Theatre. Larkin was admitted to the Playwright's Unit of The Actor's Studio in New York and her short story, "A Slow Boat to Cork" won a short story contest was published in an Anthology by Warren Adler.

It is Dorothy's wish that the Bluebird of Happiness lands on your shoulder and sings sweetly to you.

She asks that when you remember her, "say a prayer, in case Purgatory exists".

And the One sitting on the throne said, "Behold, I make all things new." And He says, "Write this, because these words are faithful and true." – Revelation 21:5

Share Your Memory of
Dorothy
Upload Your Memory View All Memories
Be the first to upload a memory!
Share A Memory
Plant a Tree