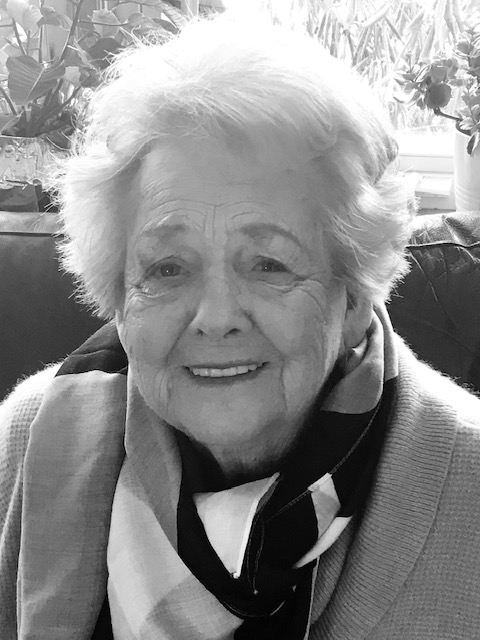 Because of the unfortunate societal circumstances that now surround us, the family plans to have a public memorial service at some future time.

Please share a memory of Gunvor to include in a keepsake book for family and friends.
View Tribute Book

Gunvor Synnove (Haland) Wekilsky of Boonton, NJ died at home on Thursday, April 16, 2020 following a long illness. She was 81.

Born and raised in the fishing port of Egersund, Norway, Synnove – as she was always known to family and friends – was the eldest of four children born to Per and Liv (Aartun) Haland. She graduated from high school in Egersund in 1956, worked in Oslo for one year, and then traveled to Germany to study languages at the Goethe Institute and the University of Munich.

While in Munich she developed not only a strong fluency in German, but also a romantic relationship with a young Iranian expatriate named Krum Cyril Wekilsky, who was of Bulgarian and Russian heritage and known to all as "Cy." The couple later left Germany for Norway, where Synnove became a German teacher, and they were married in Oslo in 1962. In 1963, they emigrated from Norway, bound for America and sailing on the final trans-Atlantic voyage of the Norwegian ocean liner Stavangerfjord.

Arriving in New York, they made their way to New Jersey and eventually settled in the little town of Boonton, where they raised their two children, and for more than 50 years, were instrumental in bettering the lives of many people in their community. Synnove was a teacher at the Boonton United Methodist Church nursery school for many years and, later, a teacher of hearing-impaired children at the Lake Drive School in neighboring Mountain Lakes. She also served on the board of the Ada Budrick Day Care Center, volunteered in the work of the Boonton Local Assistance Board, and was actively involved in the Rockaway Valley Garden Club – all the while supporting Cy in his more than 40 years of local public service, which included ten years as mayor of Boonton.

Synnove loved gardening, needlepoint, helping people in need, and traveling, including yearly trips to visit her family in Norway. She cherished a quotation from one of her fellow Scandinavians, Hans Christian Andersen, who said: "To travel is to live."

Synnove was predeceased by her parents, her brothers, Per and Olav, and her sister, Louise. She is survived by her husband, Cy, her son Eric (Della), her daughter, Christine Wekilsky, and her grandsons, Zachary and Nicholas Wekilsky. She is also survived by her uncle, Sigurd Aartun, sister-in-law, Darina (Richard) Slover, seven nieces and nephews, and dozens of cousins around the world.

Because of the unfortunate societal circumstances that now surround us, the family plans to have a public memorial service at some future time.

The Wekilsky family is being assisted by the Codey and Mackey Funeral Home (www.codeymackeyfh.com), 107 Essex Avenue, Boonton, NJ 07005.

For anyone so inclined, a contribution in memory of Synnove can be made to the American Cancer Society.

Share Your Memory of
Gunvor
Upload Your Memory View All Memories
Be the first to upload a memory!
Share A Memory