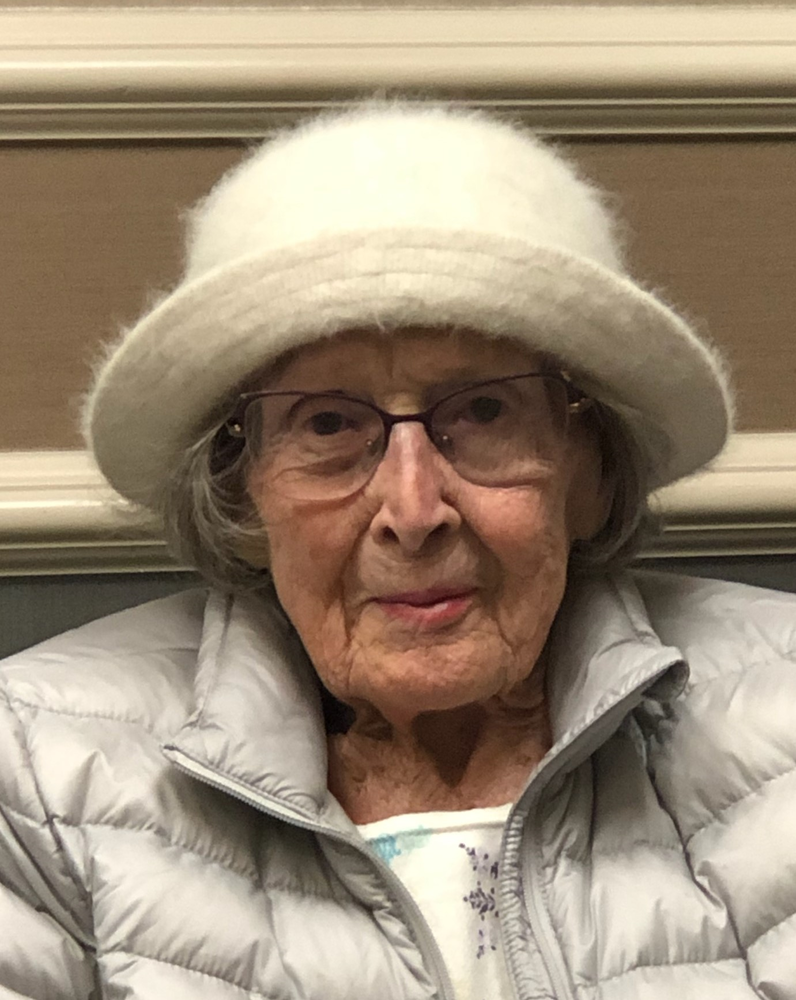 Please share a memory of Edna to include in a keepsake book for family and friends.
View Tribute Book

Edna Muriel Harris of Montville, New Jersey passed away in the arms of her loving daughter Carolyn Bachman on Wednesday, April 8, 2020.

Mrs. Harris was born on March 27, 1929 at Homeopathic Hospital in East Orange to Edna Dowbekin Baker and Wilfred Baker.

Known as Muriel to family and friends, she graduated from Bloomfield High School in 1947 where she was Captain of the cheerleading squad. After graduation from secretarial school in East Orange, she went to work for Bell Telephone.

Muriel married her neighbor Henry Claude Harris who she met when he was Captain of the Montclair High School football team.

They were married at Incarnation Episcopal Church on September 10, 1949.

The couple raised their family in West Caldwell and followed their children's school and sports activities including swim teams as members of the Westville Swimming and Recreation Club. Muriel later became an active spectator to her grandchildren's sports activities as well.

She worked for JM Towne (Sealfon's) for many years as Assistant Art Director where she was instrumental in designing the well known window displays and the unique gift wraps.

Muriel and Hank were Life Members of the West Essex First Aid Squad where they volunteered for many years, he as Captain and she as dispatcher.

Upon retirement, Muriel and "Hank" moved to Treasure Island, Florida in 1989 where they enjoyed life on the water, boating, meeting new friends and entertaining family and friends who visited.

Hank died on November 30, 2000 and Muriel returned to New Jersey, settling in Montville.

She enjoyed DIY crafting and crossword puzzles. She was a fan of golf and football and an avid fan of NASCAR racing.

In addition to her husband Henry Claude Harris, Muriel was predeceased by their son Glenn in 1979. She is survived by her son Jeffrey (Jane) of Verona, her daughter Carolyn Bachman (Alfred), her grandsons AJ (Jamie) and Christopher Bachman, her granddaughter Jillian Harris and her great grandchildren Brielle and Blake Bachman.

In these trying times, should you wish, contributions to the Montville First Aid Squad would be appreciated.

When we can all safely gather a memorial service will be announced.

Share Your Memory of
Edna
Upload Your Memory View All Memories
Be the first to upload a memory!
Share A Memory
Plant a Tree