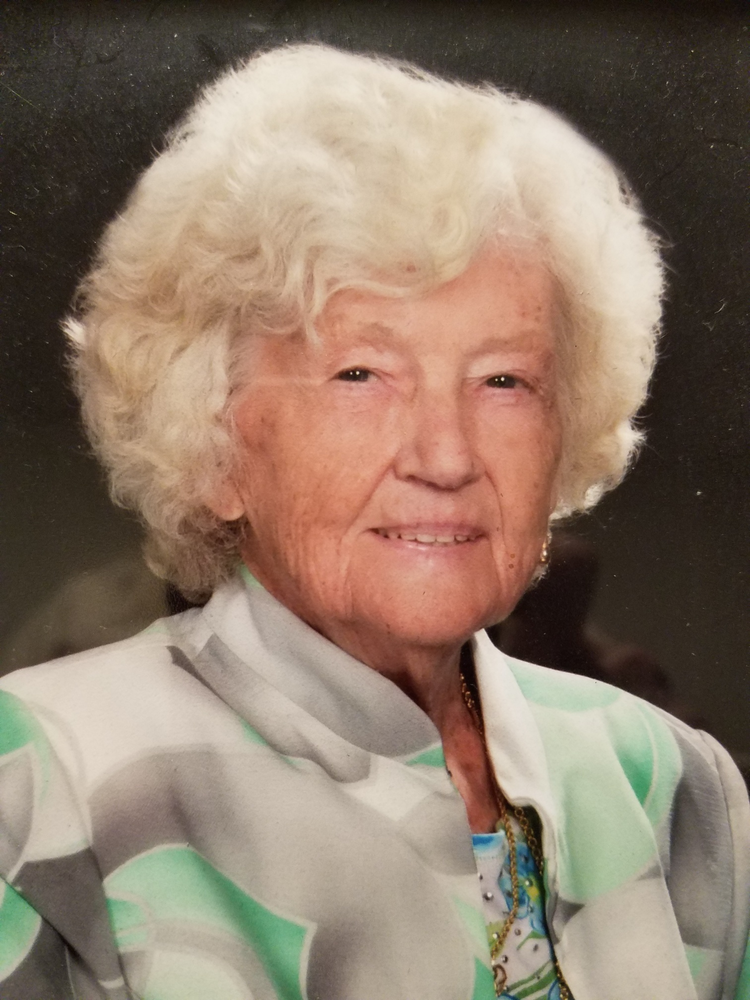 Pauline Eggleston died peacefully in her sleep during the early morning hours of April 5, 2020, of natural causes, at The Chelsea, an assisted living community in Montville, NJ. She was 98 years old. She was born Ocie Pauline Neel on December 17, 1921, to Quillie C. and Ocie O. Neel in Zenith, a small rural village in Monroe County, WV. The second of 4 children, she endured poverty during the Depression and witnessed the death of her younger sister Gaye, who was struck by a car while walking to church. She married Sidney G. Eggleston in Sinks Grove, WV on September 26, 1940, and 12 months later they started a family, having the first of 4 children, a girl named Patricia. They moved to Indian Head, MD during WWII, where a son, Gary was born in 1943, followed by another daughter, Nancy, in 1945. The family moved to Belleville, NJ, in the late 1940s, where the last child, son David, was born in 1955. A highly skilled seamstress, "Polly" made dresses for a designer in Nutley while Sidney worked at a textile plant in Belleville. After the marriage of daughter Patricia in 1959, the family relocated to Cedar Grove in 1960, and she began working as a seamstress / tailor at Hahnes & Co. in Montclair, where she occasionally altered suits for celebrities like Yogi Berra and Phil Rizzuto. Gary entered the military in 1962, and Nancy married in 1964. In the late 60s, Polly began working for a small manufacturer, H&H Thermostats in Cedar Grove, where she assembled and tested air conditioning components for Carrier. After a stroke claimed Sidney in 1975, she and son David jointly purchased a small house in West Orange in 1978, where she remained until 2003. Always active in the church, Polly transferred membership from Community UCC Church in Cedar Grove to The Patterson Memorial Presbyterian Church in West Orange, and after moving to Montville in 2003, she joined the Boonton United Methodist Church, where she remained active until recently. She loved flowers, especially African violets and roses, always keeping the house filled with thriving plants; she jumped at any chance to be creative with her sewing machine, making dresses, shirts, jackets, curtains, upholstery covers and throw pillows; and she absolutely loved the rolling hills of her home state of West Virginia. Polly was no stranger to adversity and tragedy; before departing this world, she lost her husband, 2 siblings, 3 grandchildren, a son, and a beloved nephew; but she always found strength in her faith and fellowship with her church friends. She moved from Montville to live by her son David and daughter in law Terri in 2013, occupying the tenant side of their 2 family home in Dover, which had been left vacant after the death of Terri's mother, Mary Boris. She remained there until 2016, when it became necessary to move her into assisted living; up to that point, she was fiercely independent, functioning on her own and still competently driving until the age of 93. She is survived by her sister Gertrude Petillo, daughter Patricia Brockson, daughter Nancy and husband Phil Napolitano, son David and wife Terri, 5 of her 8 grandchildren, 8 great grandchildren, one great great grandchild, and many nieces and nephews, all of whom loved her very much. She will be remembered as a kind, gentle woman, who possessed an almost inexhaustible well of inner strength, and a capacity for love and nurturing that will live on through future generations. Her beautiful smile will light our paths for the rest of our days.

Share Your Memory of
Pauline
Upload Your Memory View All Memories
Be the first to upload a memory!
Share A Memory
Plant a Tree