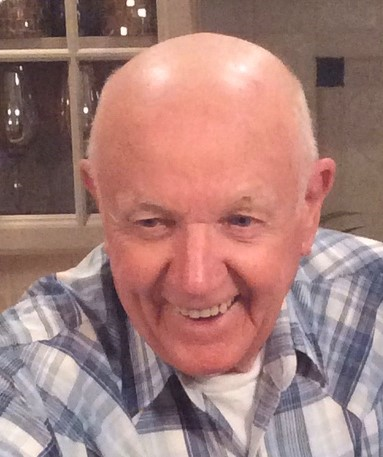 John Jay Buis, 87, of Montville, NJ, peacefully passed away on Sunday, March 29, 2020 at home with his loving family by his side.

John was raised in Boonton, NJ. He was the son of the late, John and Marie Buis. After graduated from Boonton High School he was drafted into the US Marine Corps serving from 1950-1952 during the Korean War. Upon his return, he married the love of his life, Doris (Zimmerman), and together they raised their family in Montville.

John loved to race and repaired ¾ midgets in Pine Brook and in the racing circuit throughout the area. He was a big stock car fan, the #1 fan of Jeff Gordon #24.

He had a tremendous gift to talk to anyone! He enjoyed collecting race cars and his yard work. He loved his fur-babies and spending time with his family at the Jersey Shore.

His career as a mechanic beginning at Corigliano's in Boonton, later he moved on to Harrison Equipment where he retired. Afterwards he enjoyed being a crossing guard at William Mason Elementary School in Montville, he loved seeing the kids every day.

His favorite times were with family, one special moment in life was when he gave his grandson a military salute.

The services are private for the family at Restland Memorial Park. Please visit codeymackeyfh.com to share a condolence or a memory with the family.

Services are Private for the Family

Share Your Memory of
John
Upload Your Memory View All Memories
Be the first to upload a memory!
Share A Memory
Plant a Tree