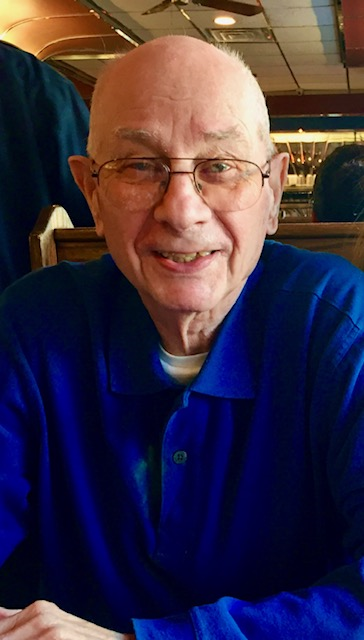 Please share a memory of Albert to include in a keepsake book for family and friends.
View Tribute Book

Albert Spergel of Boonton Township, NJ, formerly of Nutley, NJ, passed away on Sunday, February 16, 2020. He lived a remarkable 94 years.

Born in Newark, NJ to Leon and Mary Spergel, Al lived in Nutley before moving to Boonton Township in 2017.

Mr. Spergel proudly served in the US Coast Guard during World War II where he was stationed with the Pacific Fleet. He was a graduate of Rutgers University where he earned a bachelor's degree in engineering. Al met and married the love of his life, Doris Klaus, together they raised their family in Nutley.

Al worked as an engineer for several companies, last with Met Life in New York where he worked for 12 years in corporate communications.

He was a sports fanatic of the NY – Rangers, Giants, Mets and Knicks. He cherished any opportunity to attend any sporting event of his favorite teams.

A Memorial Service will be held on Sunday, February 23rd at 2:00 pm in the Presbyterian Church of Upper Montclair (PCUM), 53 Norwood Ave., Montclair, NJ 07043. Arrangements in care of the Codey & Mackey Funeral Home of Boonton. Please visit codeymackeyfh.com to share a condolence or a memory with the family.

In lieu of flowers, donations to the PCUM Memorial Endowment Fund http://www.pcum.org/give/ would be deeply appreciated.

Share Your Memory of
Albert
Upload Your Memory View All Memories
Be the first to upload a memory!
Share A Memory
Send Flowers
Plant a Tree