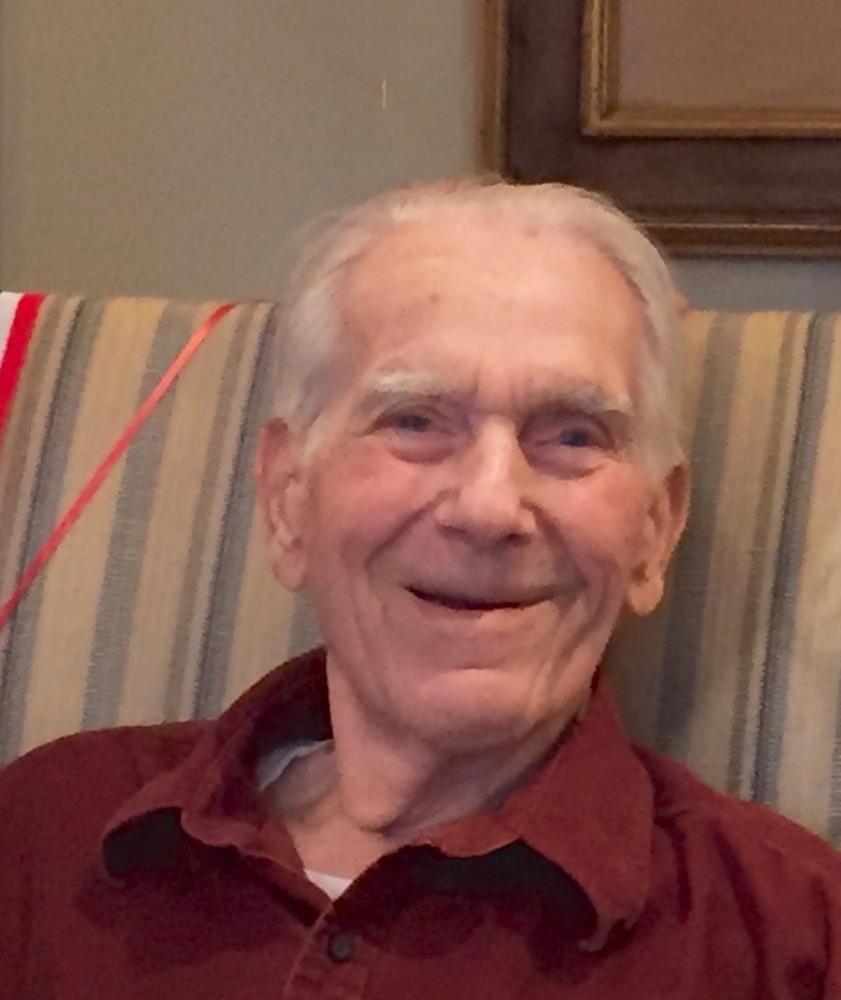 Obituary of Cyril B. Richardi

Cyril "Sid" Richardi, 101, of Boonton passed away on Tuesday, January 22, 2019, just a few days short of his 102nd birthday. He was the son of the late Teresa Englebrecht and George Richardi.

Sid was born in Secaucus, NJ. He was raised in Montville and later moved to Boonton where he graduated from Our Lady of Mount Carmel School in 1930 and Boonton High School in 1934. He was a Master Plumber and worked in his family's business, George Richardi & Sons. He was a member of the Plumber and Steamfitters Union, Local 334.

On his 100th birthday, he was honored with a Proclamation by Mayor DiLauri of the town of Boonton. He was a member of the Boonton Elks Lodge #1405.

He is reunited once again with his beloved wife of 74 years, Margaret (Vanderhoof), who passed away in 2016. He was predeceased by his brothers, Vincent, George and William.

Surviving are his devoted children, John Richardi, Kathleen Saxon and her husband George, David Richardi and his wife Linda, as well as seven loving grandchildren, twelve cherished great grandchildren and one great-great grandson.

Relatives and friends are invited to visit with the family on Friday, January 25th from 5-8pm at the Codey & Mackey Funeral Home, 107 Essex Avenue, Boonton, NJ. A Funeral Mass will be celebrated on Saturday, January 26th at 12:00pm at Our Lady of Mt. Carmel R.C. Church, 910 Birch Street, Boonton. The burial will follow at Gate of Heaven Cemetery in East Hanover, NJ.

In lieu of flowers, donations to Our Lady of Mount Carmel Church would be deeply appreciated.

Share Your Memory of
Cyril
Upload Your Memory View All Memories
Be the first to upload a memory!
Share A Memory
Send Flowers